Everyone had been talking about volcanos and playing a game called ‘Escape from the Lava’ for ages so we decided we should learn about volcanoes in class.

Miss Parker found a book which told us a bit more about volcanoes. Can you remember what it taught us?

We also watched a video that lots of us had seen at home. You can watch it again here. Can you tell a grown up how an island grows?

Then we watched some videos of some real volcanoes and found out there were volcanoes erupting right now while we were in school. We thought about how we would feel if there was lava coming towards our homes. Miss Parker told us about when she went to an volcano but thankfully it wasn’t erupting when she was there.

We thought how we would help the people in Hawaii escape after they wrote to us asking for help. We came up with a few suggestions. 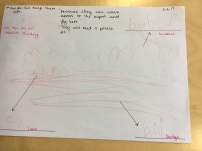 There was lots more role play and children wanting to experience what it was like to be near the lava. Outside was a popular place for this and the children loved building bridges and other ways to stay safe. They used our loose parts in all sorts of imaginative ways and even added water to be lava. 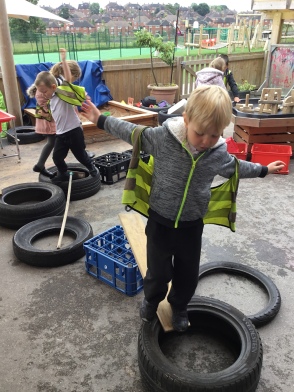 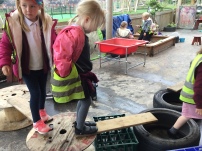 As the children were so engrossed in making up stories we used this to practise our writing skills. First we had to THINK IT and decide what we wanted to happen in our story. We drew a story map to help us remember it.

Then we had to SAY IT for each sentence so we could remember what to write. Then we had to WRITE IT. We worked hard to sound out the words and think of the letters we needed to write. Here is the beginning and the middle of the story.

When we had written it we had to READ IT to see if we’d done a good job. Can you see the ticks and crosses on our writing? We used the sentence hand to make sure we’d remembered everything putting a tick if we had and a cross if we hadn’t. On Wednesday we forgot our capital letter but on Thursdays we remembered them.

Do you think you could write the end of the story? You could write it on paper and bring it to school or put it in a comment below or an email.

Our learning about volcanoes went over two weeks because we were all so interested and there was so much to learn and do. We decided we wanted to make a volcano of our own and see if we could make it erupt. It took us all week to make. We started with a bottle and some masking tape. 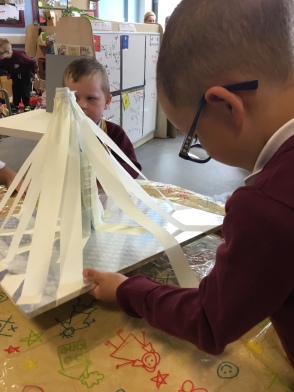 Then we had to use papier-mâché to build the shape of the volcano. It took a long time because we had to wait for it to dry in between.

Everyone enjoyed helping with our volcano which was good because there were still more jobs. Next we had to paint our volcanoes. First we painted the mountain and the grass before we added the lava. We used one of our volcano books to help us think what the volcano should look like. 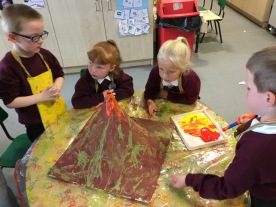 Finally our volcano was ready and it was time to watch it erupt. Miss Parker used bicarbonate of soda and white vinegar to create the lava inside the volcano. Everybody loved it and said it was well worth the wait. 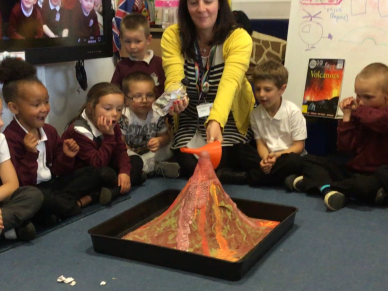 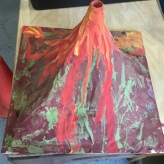 We loved learning about volcanoes.

What have we been learning?

How can you continue the learning?

Find out how to help keep your child safe online

Check our blogs to see what we have been up to!

Welcome to Ruby Class Blog! We are a Year 2 class from Sheffield, England. We want to share what we have been learning about with others. Thank you for visiting our blog. Please leave us a comment! :)

Follow us to find out what school council have been up to!

Find out what Amber Class have been learning recently!